After the much-anticipated publication of China’s “Third Plenum” a few weeks ago, the document proved to be bolder than anticipated in the economic world.  Xi Jinping is attempting to push through the changes that have stalled over the past 10 years or so.

The document states, “We should let labor, knowledge, technology, management and capital unleash their dynamism, let all sources of wealth spread and let all people enjoy more fruits of development fairly.”  Thus far, Xi has been proving himself to be the rightful heir of great Chinese economic reformist, Deng Xiaoping, and not as similar to Mao as many had feared.

Some of the most important announcements were actually buried deep within the document and failed to grab as many headlines.  Specifically, two moves suggested that the party is sensitive to the ferment in Chinese society, as well as the demands for liberty and accountability that go along side of it.

China’s transition over the past 30 years from a totalitarian state to one in which people can essentially do what they want has a lot to do with increased internet penetration.  Ordinary people are becoming empowered by new wealth and participation through micro blogs, property, and becoming consumers.  Change is coming from the bottom up, and the current system has been unable to control it. 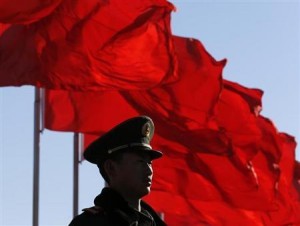 This issue is what caused the government to allow the development of social organizations, which are essentially NGOs.  Even though China has perpetually been opposed to anything non-governmental, they are starting to realize that this type of development could lead to solutions for caring for the sick, elderly, and poor.

Another major issue surrounds the current judiciary system and the corruption within it.  The party resolution comments on “judicial jurisdiction systems that are suitably separated from administrative areas.”  In other words, they are considering moving away from judicial systems that are controlled and paid for by local officials.  This most likely will not happen anytime soon, but it is a step closer towards a more effective checks and balances system.