With the largest population in the world, China has attracted more than one kind of investment in the past several years. In June of 2016, Disney opened a resort in Shanghai which cost about $5.5 billion. The project represents Disney’s biggest foreign investment in history, beating out the cost of Disneylands in Tokyo, Paris, and Hong Kong. In its early stages, however, the park has failed to live up to expectations, and has brought in about 20,000 visitors per day as of October of last year. 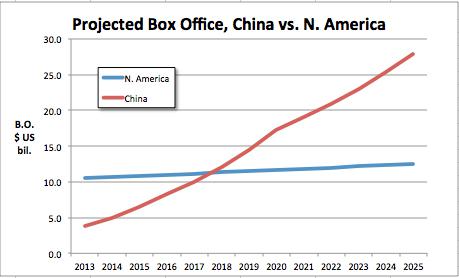 Long waits, expensive food, and close alternatives have plagued the beginning of what many hope will be a fruitful long-term investment. Despite the projected return on investment shown to the left, Disney Shanghai has gotten off to a slow start, partly because of local competition.

Local businessmen have not been happy with the establishment of Shanghai Disney, and have looked to find ways to drive out the mega-company with smaller, cheaper surrounding theme parks. These parks are aimed at residents of smaller villages, however, and Disney remains optimistic that it can bring in a huge profit on the project. This may take time, as China has never seen a mega theme park which compares to the size of any in the US or Japan. Disney is optimistic that the expanding middle class of China will support the entertainment industry, and they may be onto something. Legoland, developed by a British-based company, has announced that it will build a $300 million resort in Shanghai. They hope the project will be completed by 2022 and will provide competition in the entertainment industry in Shanghai. 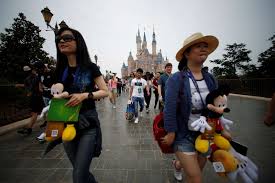 Legoland’s move represents the 65 major amusement parks which have begun plans to build in China following Disney’s move. The US companies’ move in the market has spurred domestic brands to step up their games. One report shows that Chinese preferences are shifting to an interest in Western brands. But to successfully bring people to the theme parks, the popular culture ideas must be transformed into a marketable product. “It’s not just dressing up in the traditional costumes,” and the parks’ Chinese administrators must figure out how to create a product which draws in Chinese customers: As everyone in this market prepares for the huge influx of American companies, safety becomes the biggest concern. American companies are trying to build the parks quickly, and this sometimes comes with sloppy design and an invitation to risk and accidents. This is especially risky in China, where the culture often says “ok, we have an accident… hide everything” (SCMP article). Moving forward, safety concerns and marketing will be two key aspects of this industry which, until now, has been unknown to the Chinese.