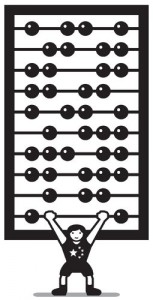 In November, President Xi Jinping and Prime Minister Li Keqiang will release their plans for reforming the Chinese economy during the Third Plenum of the Communist Party’s 18th National Congress. While the proposed changes to economic policy will most likely be quite general, there is still some hope for future growth in the Chinese economy.

The author of the article points out four reasons why he is hopeful about the economic reform plan. Firstly, he believes that Chinese leaders finally understand that the nation’s growth models are flawed, and in order to see needed growth, they must change their growth model. Recently Xi and Li have come up with new plans like a free-trade zone in Shanghai that will allow for greater fluctuation of interest rates and more foreign competition. If leaders continue to propose plans like this one, the nation will continue to see growth. Secondly, the current leaders in China are strong enough to bring about serious economic reform. For China to grow, the nation will need to see strong central leaders that have proved so critical in past success. Xi’s anti-corruption campaign proves that the leaders are not afraid to attack the political system in China head on. Thirdly, China’s economic position and slowed growth means that they have to act now. Although the nation’s output has expanded six times between 2002 and 2012, however, this has made the people complacent. China no longer has the luxury to assume that it can grow out of any economic downturns it meets. Growth has begun to slow down, the income inequality gap has expanded, and debts have gone up. Finally, the nation is waiting for economic change. With the new leaders, the people of China have high expectations that have yet to be met.

We can expect to see some major changes in the market prices for oil, gas, and natural resources, and overall more rational allocation of resources between central and local governments. The proposed changes will not only affect China’s economy, but will also have repercussions for the rest of the world’s developed economies. It will be interesting to see just how the rest of the world will respond to the reinvigorated Chinese economy.