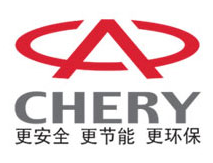 Chery is China’s ninth largest automaker by sales according to the China Association of Automobile Manufacturers, a semiofficial auto-industry group. Within a crowded market where margins are relatively thin, China’s car sales rose 4.3% in 2012, below 8% industrial officials were expecting.

In Hessler’s Country Driving, we all read about Chery cars, but what is the company up to today?

Founded in 2007 under the name Chery Quantum Automotive Corporation, the Company’s name became Qoros in 2011. The joint venture between Chinese and Israeli carmakers made its Geneva Motor Show debut with the unveiling of the 3 Sedan and two concept cars.

Its 3 Sedan will be manufactured in a new assembly plant in Changshu, China and yearly output could initially reach 150,000 cars. The car, priced below 20,000 euros ($26,000), will be sold in China and the European market.

Daniel Backman, a former Volvo Cars executive who is Qoros’ director product strategy said, “For the Chinese, Europe means everything that is good [when it comes to cars]. If people outside China buy the car then the Chinese will consider it.” But what are Chinese drivers really looking for in a car?