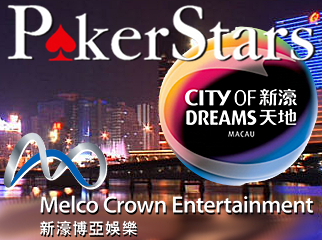 Throughout most of China, gambling is illegal. In Macau, the former Portuguese city, gambling alone last year raised [Macau Pataca? US$? RMB?] 38 billion in casino revenue. Macau’s casino industry before 2002 was a monopoly run by the Ho family. After 2002 the government issued six permits decreasing the market share the Ho family held in Macau. Lawrence Ho plans to expand Crown casinos into international markets, including the Philippines, Japan, and Russia. Mr. Ho is currently lobbying the Japanese government to allow casinos in Tokyo and Osaka. According to Mr. Ho, the Chinese government wants to curtail the industry’s growth. By using a licensing system, the government can limit entry to the market. This keeps prices high for most monopolistic markets and quantity below that of a perfect market. The government could be limiting the number of consumers who gamble by not having perfect competition.

With the 2020 Olympic Games occurring in Japan, several casinos, including American companies, plan to open up Japan’s market to gambling. Japan’s population base is relatively wealthy, with an estimated market value of 10 billion and up for possible revenues. Casinos have several products that they offer to consumers. Shows, resorts, gambling, and alcohol are products casinos sell. Mr. Ho wants to differentiate himself from his father by focusing more on the resort aspects in Japan. The cities of Tokyo and Osaka have a strong tourist industry. By getting families and businessmen to stay in the resort hotel the Casino can then push their other products on consumers.

“The junior Ho said he does not gamble and would rather be known as “the person who built cool integrated resorts” that are “more cutting-edge and entertainment-centric.” However, the gambling provides the sales base to spread fixed costs of the properties, lobbying, and building structures that are needed to build a casino resort. An interesting idea to look at is whether or not casinos should be monopolies, or at least collude in order to function. Similar to power plants with high start up costs, it could be necessary to control how many suppliers are available.  By running in a monopoly style market the monopoly would supply less than if it was a free market thus reducing the amount of people who gamble.