Skip to content
It is becoming cost-effective to divorce in Beijing for tax purposes. The number of divorces in the first 3/4 of the year in Beijing was about 39,075 divorce suits, 41% higher than the figure for the same months last year and higher than the year-end total for last year. This growth rate is almost twice that of the world-wide figure. 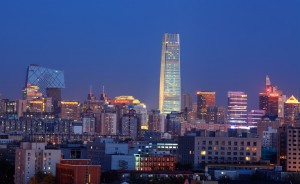 Esther Fung’s article in the Wall Street Journal quoted the VP of the Beijing Marriage and Family Building Association, Li Zwei. Zwei says, “The larger-than-usual rise in divorces could be attributed to the property policies…People are thinking of their own interests, and if a divorce enables them to save on paying taxes, or to qualify to buy an additional home, who’s to judge them?”
The property tax policies Zwei refers to include a 20% tax on profits from the sale of one’s second home, opposed to a typical home sales tax of 1-3%. Single seller’s escape this tax, causing the rush to divorce. The idea is for a divorced couple to each be able to own one home in each person’s name.
http://blogs.wsj.com/chinarealtime/2013/10/30/property-measures-behind-spate-of-divorces-in-china/?KEYWORDS=china

5 Responses to Divorces Spike in Beijing- Taxes to Blame