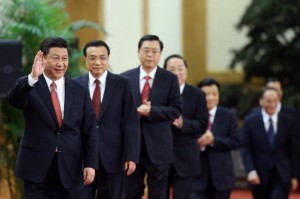 Last week, China unveiled its largest reform agenda in nearly 30 years with the goal of transitioning China into a more free-market consumer economy.  This would imply fewer social controls, reduced power for state-owned giant companies, the removal of price controls and caps on interest rates, and transitioning towards more yuan convertibility.  The plan also hopes to loosen the one-child policies, ridding the nation of re-education labor camps, and taking larger steps towards a more independent judiciary system.

Some of the key issues that are not addressed in the reform agenda are bank non-performing loan issues and the shadow banking system, which is a term for the collection of non-bank financial intermediaries that provide services similar to traditional commercial banks.  President Xi has made it clear that the agenda is not projected to be completed until around 2020, so the steps will be gradual.

While the reform agenda is broad-ranging and bold, analysts are skeptical that China may not be taking the risks of the emerging credit bubble seriously enough.  This is mainly because of the earlier point that the document did not address the non-performing loan issues.  Analysts are also skeptical about the property taxes that will be implemented because China’s property bubble has been years in the making and all of the other attempts from the government to take action have been colossal failures. Lastly, while it is a good thing that the Chinese are becoming long-term thinkers by making the plan “gradual”, it creates room for concern because the issues with the credit bubble and property bubble need some immediate action.

James Gruber, the author of this article from Forbes.com, argues:

“There are a few simple reasons why I think these bold reforms will be negative for markets. First, it’s obvious that this will be net-negative for the majority of China-listed companies. Investment firm, Eastspring Investments, estimates 64% of profit from the Chinese stock market comes from sectors which have benefited from regulated pricing – such as banks and utilities. These sectors will get pummeled by the proposed reforms and consequently so will profits for the majority of Chinese-listed firms. That’s bad for the local stock market.”

If this agenda is implemented in full, then the long-term sustainability of China’s economy is in a reasonably promising state.  With that being said, transitioning the economy to a more consumption headed beast will surely slow the rate at which GDP is growing.

One Response to China’s New Reforms: Bad News For Markets?