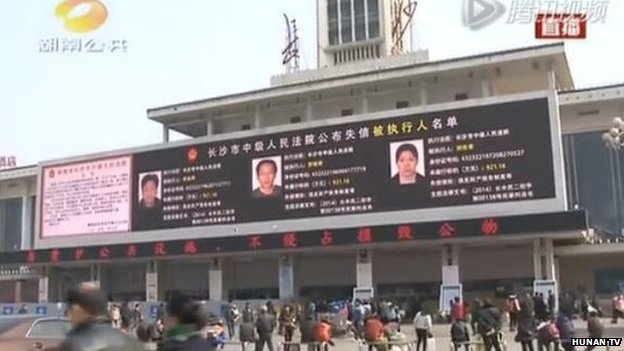 The Xiaoxiang Morning Post reports the strategy is directed at individuals who have not paid court ordered compensation in the city of Changsta, in southern Hunan province. An enormous screen affixed to the outside of a major train station scrolls through the photos of those in arrears along with their names, identity card numbers, and the amount they owe. Typically the amounts are around 10,000 yuan ($1,600), but the highest figure is 28m yuan ($4.5m). While some legal experts have raised privacy concerns, Deng Long, a local lawyer, says the court has the power to disclose personal details if individuals have failed to meet court requirements. There is also support for the project as part of a campaign to “protect public interests” among local residents, believing it will deter late court payments in the future. Some were quoted saying, “This will show these people that the court means business” and “The court has played hardball exposing them-good job!”