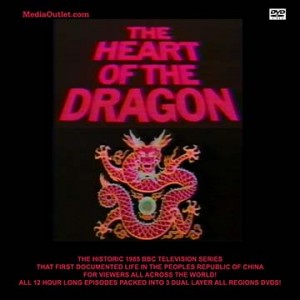 -by Christy and Suraj

Maoping can be considered as a very efficient village, even with very less infrastructures present, at least during the time the film was shot. The Household Responsibility System made growing crop very efficient as every family in the village was responsible to grow their own rice and wheat. Thus, every family was responsible for their own betterment. Though this might have led to cases such as envy among the different families, at least it prevented free rides and other controversial issues among the villagers. In fact, if any family is producing more than the rest, the other families might have only been inclined to produce even more crops. The villagers had mutual understanding and were there to help each other. They got together to help each other build houses – from getting timber all the way from the forest to actually building up the houses. They were not paid, but no one had problems of not being paid. Thus, labor cost was minimal. Also, because only timber was used to build the house, material cost was very low too. But the houses were strong nevertheless. Thus, the village of Maoping is very efficient, though, with more infrastructures, it could have definitely gotten better.

An important source of cash income for the villagers in Maoping would be their sale of crops, which would have begun after the construction of roads. The villagers would then be able to export their crops for cash income. Crops were widely grown, with 2 crops of rice and 1 winter crop of wheat. So would be the case with bamboo harvesting and the bamboo products the villagers made themselves – they could be easily exported after the construction of the roads. Other sources of cash incomes included the small-scale manufacturing company and the departmental store. The standard of living in Maoping can be estimated taking into account various factors, namely life expectancy, household hygiene, birth rate, availability of healthcare, level of education, literacy rate, enrollment rate, gross income, employment rate and so on.

Despite the success of higher agricultural output and higher real income, the poor transportation system impeded the village’s economic potential because, in fact, all grain was consumed in the village instead of being sold in the market. Similarly, hand-sewn clothes were in the same situation where they “had only a modest level of interaction with regional markets” (handout). If there was better transportation, the villagers would have more incentive to work hard and reap higher income, as crops would have access to the market. Also, as a result, technology in harvesting might be introduced to accelerate production process, leading to higher output and income. On the other hand, increased mobility would encourage young people to migrate to bigger cities in seek of better economic and social opportunities, but at the same time kids would be left in rural areas with limited education and support. As a result, the left-behind children phenomenon has been dominant and pressing in recent decades.

Speaking of the role politics plays in the local economy in Living, as each policy had its advantages and disadvantages, the positive effects of policies were emphasized in the documentary. It was obvious that the Household Responsibility System created incentive for farmers to work harder, but it’s questionable whether hard work was the dominating factor that led to higher agricultural output and famers’ real income, or if there were other factors involved. In addition, according to the video, primary education was offered to every child by the government. Nevertheless, critics argued that this policy was not fully implemented until two years ago, so not every child in the country had the opportunity to get primary education as of the time of the film.

What I also found interesting were two cultural practices of the villagers in Maoping, or the Chinese as a whole.  First, mealtime was considered as a religious ritual as it combined the three most important elements of their lives – house, family and food. In a country where most citizens didn’t have religious beliefs, they simply lived their lives peacefully and pragmatically. Also, people wanted to be buried in their homeland because they had a special attachment to it. Traditionally, they perceived land as part of who they were and thought it represented continuity of their lineage so they ought to be buried with their ancestors.

3 Responses to The Heart of the Dragon: Living