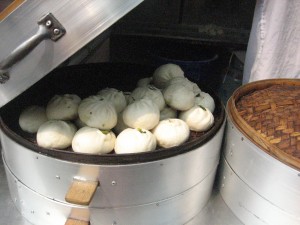 How do we compare standards of living? We’ll discuss PPP measures and other formal means. We would like however to be comfortable that the results of our formal measures “make sense.”

…47% pre-diabetic reflects prosperity, not poverty and not aging…

As we’ll see, older Chinese remember hunger; younger Chinese may well know of aunts and uncles who died in the Great Leap Forward, and those in their 30s likely remember periods when food was scarce, if not being hungry day after day. Three decades of very high growth rates lifted average incomes, indeed incomes for most Chinese. We can think in terms of income elasticities for what that might mean for daily life today.

So what are we to make of the rise of diabetes in China? As convey by Bloomberg (Sept 3, “China ‘Catastrophe’ Hits 114 million…”) diabetes affects about 1 in 8 adults. Among youth, 40% have high blood sugar (among 30-somethings, 47%), a precursor to full-fledged diabetes. Is this a sign of prosperity? – Bloomberg cites an estimate that in 1980 the indicence rate was a modest 1%. Or is it a sign of endemic poverty and associated malnourishment?

In the past diabetes was primarily a disease of the elderly. (Without insulin, early-onset diabetes led to early death…) So we might expect rates to rise once younger individuals could receive treatment, and once general improvements in healthcare meant more people survived into old age. That has occurred around the world, and need not reflect major changes in the standard of living (cf. Cuba, at least until recent years). Second, it can simply reflect a rich diet, one that may interact with local genotypes that lead to higher incidence. The rich are eating too rich a diet. Third, it could reflect social inequality, where those left out of income growth eat imbalanced diets but may have lower caloric output.

My own sense is that the second factor is the greatest in China. The article provides too little information, however, to draw conclusions. (It does cite the original sources, maybe one of you will read those for your research paper?) My own hunch is that it is not povery and not primarily generic aging. Instead the 40% figure suggests that at least in China diabetes is a symptom of prosperity. If so, then the cure is worse than the disease: prosperity at least includes the potential to fund care.