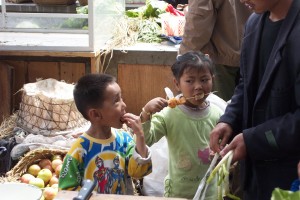 Chinese family planning laws aim to control population growth with rules that limit couples to 1 child. Certain exceptions are made but such occurrences are rare. Punishment of the laws are enforced via fine. As it turns out, the population control fines have become a notable source of revenue for the provincial governments.

The family planning laws are intended to control population growth and help keep the economy strong. What is startling is that the laws have turned into quite a lucrative market and are helping the economy in a completely different way. These fines are an important source of income for the governments in the provinces.

Despite being useful for financials reasons, the family planning laws are under scrutiny for several reasons. First, scholars and policy advisers believe government officials are tweaking the numbers and keeping them lower than they actually are. Additionally, economists believe that the birth rate is now too low which will have a negative impact moving forward. The working class is beginning to dwindle in population and without a strong class structure to pick up their slack, China could have new problems.

We have focused a lot of our time in class on Labor and Kapital and the implications of too low a birth rate will be interesting for China.

3 Responses to Revenue from Population Control in China