In an attempt to further the use of the Yuan internationally, China has added the UK to its short list of countries—Hong Kong and Taiwan—who maintain the legal right to invest offshore Yuan in Chinese securities. This program is intended to provide an additional channel for the Chinese financial markets to continue their liberalization. Governor Zhou Xiaochuan of the People’s Bank of China has been actively pursuing measures to open up China’s capital markets. As these markets become increasingly accessible to foreign investment, the Yuan will be able to realize a larger role in global trade and investment, transitively, facilitating increasing global clout for China. 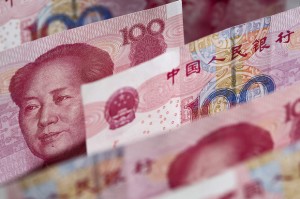 However, China is still in a progression toward a true liberalization of its capital markets. Last June, the Bank of England “became the first among European central banks to establish a currency-swap facility with China,” a critical step for both supporting the use of the Yuan and access to liquidity when needed. Set for November, the Industrial & Commercial Bank of China, will issue Yuan-denominated bonds in London—the world’s currency-trading capitol. This is a phenomenal step. The ICBC is the world’ largest bank, and it will be gaining access to new capital markets, as well as foreign investors will be gaining access to Yuan-denominated bonds. Interestingly, the current discrepancy of capital market access has material effects on the cost of debt China pays. A ten-year government bond yields 4.07 percent in Shanghai but it only yields 3.67 percent in Hong Kong. This premium represents the liquidity premium that results from investors’ current inability to purchase these Shanghai bonds. Opening up the capital markets should eliminate these discrepancies between the same government bonds issued in different locations.

This goes back to Crawford’s post regarding if China wants to “Sell Short America.” In it, she highlighted that China, as well as other countries, are increasingly frustrated with Washington’s mistreatment of its debt. Consequently, the current emphasis on the dollar as a reserve currency along with US treasuries providing the security that investors seek during a flight to quality, is exasperating to China. Chinese policymakers are looking for ways to increasingly stand on equal footing, mitigating the US and the dollars role in global policy. By strengthening the Yuan, and further opening its capital markets, China is slowly approaching a bipolar global policy world rather than the last half-century’s structure that maintains the US as the sole superpower.

One Response to China Continues to Open Its Financial Markets