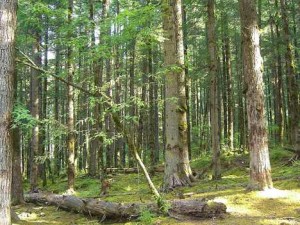 Just in the past year, a fellow classmate of mine at The Hotchkiss School in Lakeville, CT was awarded a settlement of $41.7 million after she contracted a tick-borne illness on a school trip to China that left her unable to speak and brain-damaged.  She sued Hotchkiss for failing to ensure the students took all necessary precautions against ticks, and the school allowed the students to walk through tick-infested forests  in an area that was notoriously at risk of encephalitis.  They claimed that the illness was easily preventable if Hotchkiss had taken the time to teach the students about ways to avoid ticks such as proper clothing and repellent.  The case lasted 8 days, and Hotchkiss is currently appealing the lawsuit, claiming that they make every effort to protect their students.

I had the chance to actually go to school with this student, and knew her both before and after contracting the illness.  Encephalitis is a very serious illness, as she completely lost her ability to speak at all and suffered significant brain damage.  She was forced to communicate in classes and with her friends by typing on an electronic notepad.  The whole event was very sad, but I was pretty shocked to see this news story surface last year.  While the school may not have told her to wear socks over her pant legs, that is something that is taught all through elementary school and middle school and is certainly a controversial reason to be awarded $41.7 million.  With that being said, the student’s family incurred massive medical costs as well as emotional trauma, as the girl’s life was completely changed.

Just recently, China won backing from the World Health Organization for a vaccine to be used world wide that helps prevent the tick-borne disease.  Bill Gates supported the decision to back the vaccine, and said, “China’s emergence as a supplier of high-quality, low-cost vaccines for developing countries is a victory for millions of children in Asia who will no longer be vulnerable to a deadly and disabling disease.” China has been using the vaccine since 1988, and over 600 million doses have been administered.  There have been fewer than 5,000 cases reported of encephalitis since 2008.

Dr. Kathy Neuzil, director of vaccine access and delivery at PATH, said “PQ [pre-qualification] removes an important barrier to access of this vaccine, and allows countries to plan large catch-up campaigns among children and incorporate this vaccine into routine immunization programs. We are likely looking at tens of millions of doses of this vaccine used on a yearly basis.”