Following the most recent four-day Plenum, China’s top officials have begun cementing President Xi Jinping’s power regarding initiatives within the military, domestic security and foreign policy jurisdictions, further establishing him as the country’s most singularly influential leader since Deng Xiaoping. This development reverses the trend toward a collective leadership that has been occurring since Deng’s presidency. For the past few decades, the government has been governed by technocrats peculiar to the specific division of government. In addition to the strengthening of his political and security policy powers, President Xi announced that market reforms will take an increasingly “decisive” role in Chinese economy. Still, he, ironically, reiterated that the party’s hand in the matter is intended to remain strong, fostering mixed conclusions from the policy statement. 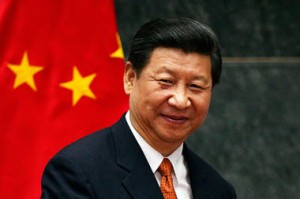 However, the aforementioned statements support what one analyst believes to be President Xi “showing that he controls all the levers of power.” The recent plenum has demonstrated how President Xi is setting himself apart from the previous two presidents—Jian Zemin and Hu Jintao—through an authoritative assertion over the military coupled with the launching of his campaigns to fight both corruption and the enforcement of ideological orthodoxy. Moreover, the plan for the new security committee is expected to be modeled similarly to the NSC. The president will head the committee with representatives from the military. The importance of this initiative is the resulting schism between the Security Council and the Politburo Standing Committee. President Xi will be enabled to oversee foreign and defense policy coordination with reduced interference.

This is interesting in the context of China’s recent, rapid buildup in military strength coupled with the historic lack of communication between civilian and military officials. China has been taking a bold approach to maritime disputes, especially with Japan, and the country’s initiatives have been garnering some uneasiness among neighboring or regional countries. Hopefully, the Plenum’s strengthening of President Xi’s domestic security powers will result in greater policy cohesiveness. Domestic agencies have become increasingly fragmented, and, as a result, many believe that the strengthening of the president’s role is justified. The fragmentation previously resulted in a breakdown in communication between civilian and military leadership. Resulting in informational issues, for example, during the Kosovo war in 1999, the U.S. bombed the Chinese Embassy in Belgrade, and Bill Clinton claimed that he was unable to reach ex-president Mr. Jiang. As President Xi further strengthens his ability to uniformly influence all real domestic and foreign policy initiatives, China will become a more coherent and politically stable country—a net benefit.

One Response to A More Ubiquitous President Xi