China has many border disputes. However, Beijing’s recent decision to place an “Air Defense Zone” through part of the East China Sea which Japan and China both claim has been quite serious and a major source of conflict in the region. This zone covers the Senkaku/Daiyou islands, claimed by both nations and Taiwan, and the motive behind this action thought to be a combination of antagonizing Japan and attempting to weaken US-Japan ties. It prohibits the free flight of foreign government aircraft and complicates civilian air transport.  The US has responded by flying B52 Bombers through the zone to challenge its existence. 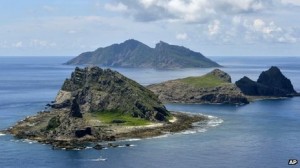 This dispute has existed since the US gave Japan the islands in a World War II settlement and specifically protected them in a 1952 Security Agreement. The US has warned Beijing that the United States would fully support Japan in any military engagement that could erupt. The islands and area around them are important to both countries due to proximity to important global shipping lanes and oil and gas reserves. Controlling them is increasingly important as an energy source and is crucial to increasing regional power and leverage over other nations.

The conflict over the islands has been ongoing for decades but has flared up severely in the past 3 years, sparking nationalist outbursts in both countries. Provided no military conflict erupts, the short term economic effect of all bluster from all sides should be minimal. However, should nationalism prevail in both countries and a military conflagration ignite, it could quickly become a world war. While that is an unlikely outcome, it cannot be ruled out based on the rapidity and severity of recent escalations.  This is a situation that will have to be closely monitored by parties around the world. Certainly, this conflict will increasingly affect American diplomatic strategy and the placement of American military assets.