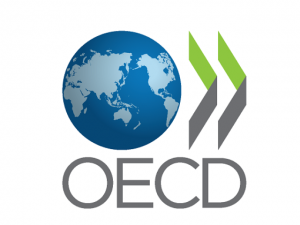 In the most recent forecasts from the OECD, China fared the best among emerging-market economies.  This is in part due to China’s policy adjustments that confront a changing global outlook.  GDP in China is predicted to rise 7.7% this year and 8.2% in 2014.  Small fiscal stimulus should revive domestic demand.

The report reads, “Growth is picking up and inflation remains low, domestic demand has led the turnaround.”  However, the report also mentions that cities, such as Beijing, need to boost domestic consumption by speeding up the process of structural reforms.

“With the economy recovering, there is now a favorable window to push forward with structural reform, in particular financial liberalization, encouraging labor mobility and tax reform,” the OECD said.

The OECD was in favor of the recent reformation agenda, but did warn that some of the reform plan may cause short-term negative economic impacts, as well as some downside risks.  The majority of the downside risks are coming from local public debt issues.  Mishandled defaults could jeopardize the banking system and the confidence in capital markets.

OECD chief economist Pier Carlo Padoan said in an interview with Bloomberg: “What sets China apart is that it has been growing because of structural change as the government addressed the economy’s weaknesses quickly. It’s becoming more and more of a middle-income country.”

Despite the downside risks and the potential short-term economic impacts of the local debt policies, the overall outlook from the OECD concerning China looks good.  Inflation is expected to slightly fall, exports are projected to grow by 6.8% in 2014, and imports are expected to fall 0.6%.