November 11th is China’s “Singles Day,” a twist on the typical celebration of Valentine’s Day, and e-commerce reaps the benefits. This day was invented in the 1990s, as the date is said to draw connections to the Chinese phrase “bare branches for bachelors and spinsters.”

Alibaba Group uses the two platforms Taobao and Tmall for its Chinese presence. Tmall began marketing Singles Day as their biggest sale day in 2009, and already the sales figures have been astronomical. Tmall has over 20,000 Chinese and international brands on its site. Alibaba reports this year’s Singles Day sales beat even last year’s single-day sales of about $3.1 billion, or 19.1 billion yuan. $1.1 billion came in within the first hour of the sales day. Cyber Monday in the United States, the Monday after Thanksgiving, only reaped $1.46 billions last year.

Taobao and Tmall broke the record in the first 13 hours of the day. These records are only expected to increase with each coming year, not-so-surprising in the face of all the media coverage of the diminishing returns of brick-and-mortar shops in most countries. Chinese online retail purchases have increased to 6.3% form 4.3% last year (according to Bloomberg). These figures all make me wonder- what would increase this percentage even more: greater urbanization, or less? One could argue that less urbanization would cause more shoppers to seek online retail opportunities. However, the divide between the urban communities and rural communities in China is very drastic. The more rural communities may not be developed enough to even access online retailers in the way that suburban to rural communities in the United States do so. 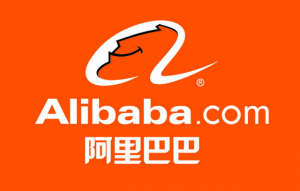