This picture was supposed to be a model for town built for how China would “move from being a land of farms to a land of cities.” It was shown at the Shanghai World Expo, where visitors learned how the farmers would be treated fairly in a way that would not cost him anything. However, this would be yet another example of the ghettoization of China’s new towns.

Only a small fraction of people have jobs, neighborhoods are shanty and full of death from suicides and despair, and the elderly are forced to find work to make ends meet. China still however pushes ahead with government-led urbanization. People are being forced to move into a worse lifestyle, where the buildings are of bad quality. These slums aren’t dangerous; rather, they just have the sense of despair and the sense that these people have been cheated. It was their land and it was taken from them with a promise of a better quality living situation.

This town, Huaming, was supposed to be the demonstration for a successful planned urbanization. They were trying to consolidate many towns into one town, which would take up less than a mile. The rest of the land would stay agricultural, but needed to be worked using modern methods. This sounded wonderful to the many people that lived in the area and to the people that this plan was presented to. However, things got much more complicated. Most farmers ended up with much less than what they had on the farm. It turned into a “survival of the fittest.” The government pressured the farmers to leave their land.

The lives of these people are turning worse for the push of urbanization. The government promised false things and now the living situation is bleak. The farmers are not qualified for the new jobs, and the situation causes the people a lot of anxiety, which is shown by the high level of suicides. 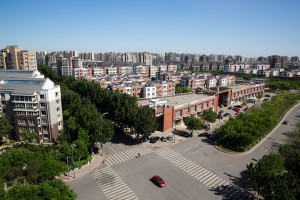 3 Responses to Urbanization gone so wrong