The outcome of the Third Plenum is still largely up for debate.

On Tuesday a “cryptic communique” was released outlining the results of the Plenum. The document, however, has puzzled most who read it as to what it says. Looking over the translated communique it is clear that much of the contents are in fact confusing. On the one hand, it praises Marx-Leninism and on the other stresses the importance of developing more open markets. The role of state owned enterprises appear unlikely to change, a fact which would hinder reform.Like any good politician, the document says very much about how the government will improve everything without saying anything too substantial at all. 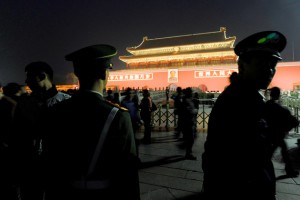 It was also mentioned that a new national security agency is to be founded. There is considerable speculation as to who the group will target. China doesn’t appear to have any national foreign enemies. However, terrorists and citizens participating in “mass incidents” (protests) may also be targeted. The lack of clarity surrounding this body is somewhat menacing as an additional agency focused on internal security controls could be very repressive. Based on other statements in the communique, it could be argued that China on paper would try to respect more human rights, however in reality this seems less than totally likely.

What will actually change following this secret, four day meeting held at an undisclosed location remains to be seen.

One Response to Third Plenum