Greenland Holdings Group of China has entered into a preliminary agreement to acquire a majority stake in a 15-tower apartment project in Brooklyn, N.Y. The project is in the Atlantic Yards site which is where the recently constructed Barclay’s Center is located. Brooklyn is undergoing a considerable renaissance and it is not surprising investors are getting in on the action. Provided the deal is completed, it will rank as the largest commercial-real-estate development in the U.S. ever to get major backing directly from a Chinese company.

Greenland will buy a 70% stake from Forest City Ratner Cos., who will continue to manage the job. The purchase price isn’t being disclosed, but Forest City has invested $500 million in the 22-acre project to this point.

Greenland Holdings Group’s chariman, Zhang Yuliang, said the company is  “very excited” about the potential partnership. “Atlantic Yards is about more than Brooklyn and New York, as important as this development is for the city,” he said. “It is about how we build sustainable, well-designed housing to meet the needs of diverse groups of people.”

As mentioned above the planned investment will be the latest high-profile investment in U.S. real estate by a Chinese company. In 2013, Chinese investment in U.S. properties has reached $1.7 billion, including billionaire Zhang Xin’s recent purchase of a stake in the General Motors building in Manhattan. That is up from $1.1 billion in all of 2011 and just $22 million in 2008, according to property-data firm Real Capital Analytics Inc.

Greenland is a state-owned company. It is currently  building a 2,087-foot skyscraper in the city of Wuhan.  Upon completion, this skyscraper  will be 400 feet higher than the Shanghai World Financial Center, China’s current tallest tower. 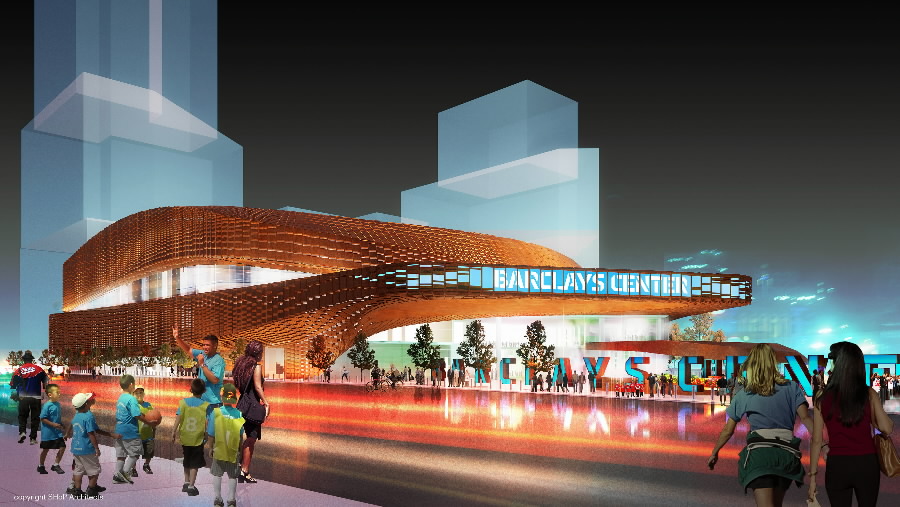