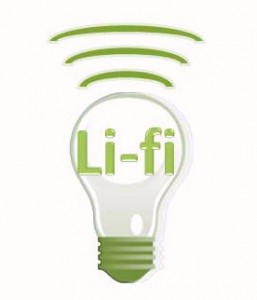 Chinese scientists in Shanghai have developed a light bulb that emits a wireless internet signal. The new technology is being called Li-Fi and could have an interesting impact in the future. Currently, one bulb can provide internet for up to four computers. What is perhaps most interesting about the Li-Fi bulbs is that they transmit internet through light rather than the typical radio waves found in most Wi-Fi technology.

In China, most people who have internet connection receive it through broadband connections. The Li-Fi bulbs utilize a microchip and produce data rates of up to 150 megabits per second (much faster than the average broadband connection). The bulbs were displayed to a strong public reception at the China International Industry Fair on November 5th.

The newly developed light bulbs are interesting because they are inexpensive to produce and could be used all over. As the country with the largest population in the world, China could dominate the internet with a billion ‘netizens,’ thanks to these light bulbs. We focus a lot in class about infrastructure and the “modernization,” of China. These cost efficient bulbs could help accelerate internet access across China.